Chainlink Automation enable you to execute smart contract functions based on conditions that you specify without having to create and maintain your own centralized stack. Chainlink Automation is highly reliable and decentralized, supported by an industry leading team, and enables developers to deploy applications faster.

There are three main actors in the ecosystem: 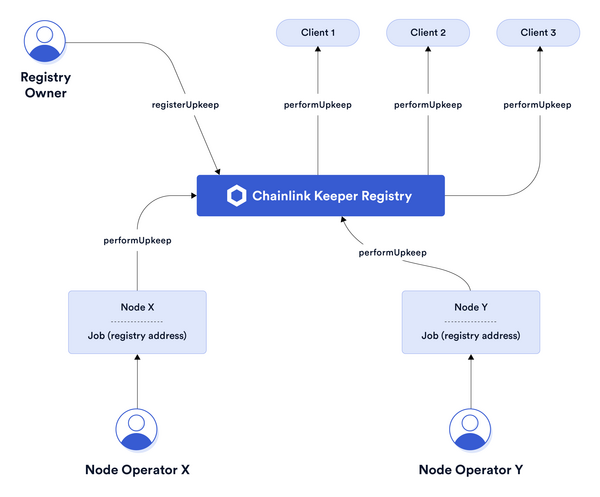 Automation Nodes use these contracts. You can find them in the Chainlink repository. For details about how to use them, see the Creating Compatible Contracts guide.

Automation Nodes follow a turn-taking algorithm to service upkeeps. A turn is a number of blocks and you can find the block count per turn for your network in the configuration section. During a turn a Upkeeps on the registry are randomly split, ordered into buckets, and assigned to an Automation Node to service them. Even if an Automation Node goes down, the network has built-in redundancy and your Upkeep will be performed by the next Automation Node in line.

Chainlink Automation use the same transaction manager mechanism built and used by Chainlink Data Feeds. This creates a hyper-reliable automation service that can execute and confirm transactions even during intense gas spikes or on chains with significant reorgs. This mechanism has been in use in Chainlink Labs for multiple years, is battle hardened, and the team continuously improves on it.

Internally, Chainlink Automation also uses its own monitoring and alerting mechanisms to maintain a health network and ensure developers get the reliability that they expect.